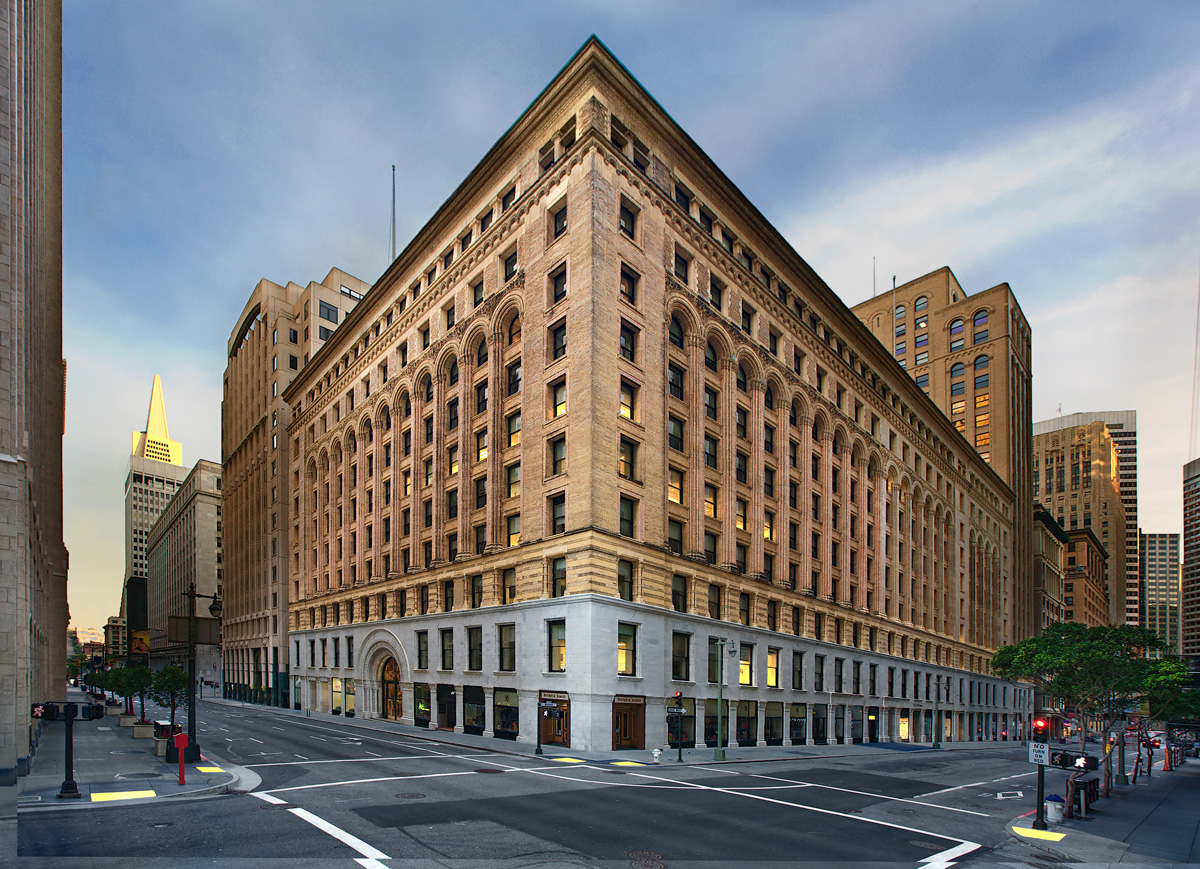 The Mills Building is a San Francisco landmark with singular historical, architectural and aesthetic interest. The Building was commissioned by Darius Ogden Mills, one of San Francisco's early tycoons. In 1840 Mills started the National Gold Bank of D.O. Mills & Company, the first bank west of the Rocky Mountains and helped to finance the construction of the Southern Pacific Railroad. His bank later merged with the California National Bank and upon moving to San Francisco in 1864, Mills helped form and became president of the Bank of California.

In 1864, Mills moved to San Francisco and commissioned his building in 1891.  He chose what was, in its time, a revolutionary style of architecture. Burnham and Root of Chicago designed the 154-foot, steel frame skyscraper. The Mills Building is San Francisco’s only remaining example of this Chicago School of architecture, outlasting the old Chronicle Building at Market and Kearny, which has been entirely modified, and the Crocker Building at Post and Kearny, which was torn down in 1967.

The Mills Building survived the 1906 earthquake, although its interior was virtually gutted by the ensuing fire. Architect Willis Polk oversaw the building’s restoration in 1907, adhering to its original design. Additions made in 1914 and 1918 also maintained the building’s stylistic integrity. The last addition, the 22-story Mills Tower, was completed in 1932.The first two stories of The Mills Building are constructed of white Inyo marble from Keeler, California. The Building’s most distinctive feature is its Montgomery Street entrance arch, which typifies the Richardson-Romanesque style. Its carved acanthus leaf and egg-and-dart molding frames four pairs of marble Corinthian columns. 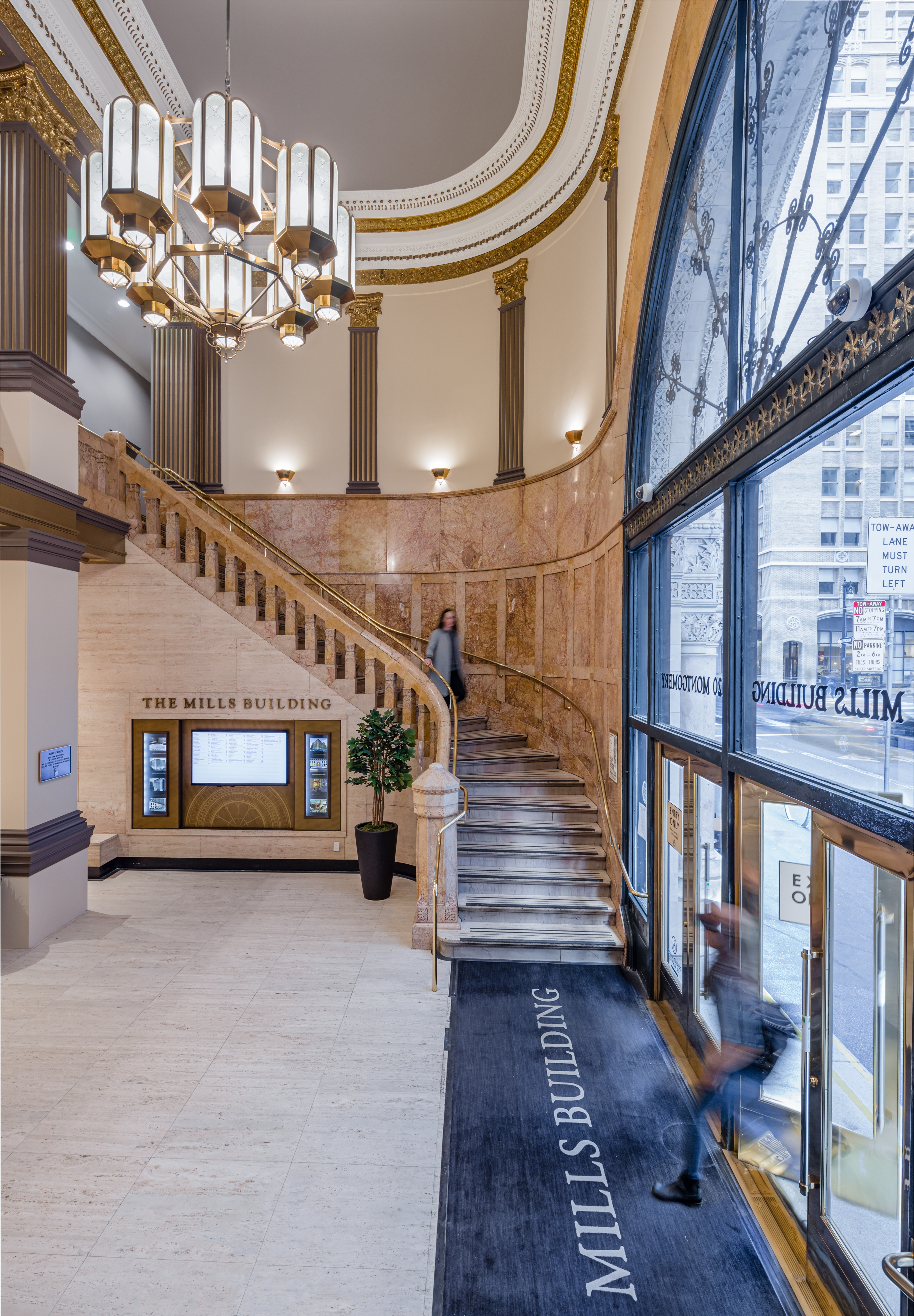 Only minor restoration after the 1906 earthquake and fire were needed for the curved staircases in the Montgomery Street lobby. The staircase is still made with the original Jaune Fleuri marble. The lobby interior also features black Belgian marble and lavish Roman travertine with an inlaid marble floor pattern which was added during a renovation of both lobbies in 1988.